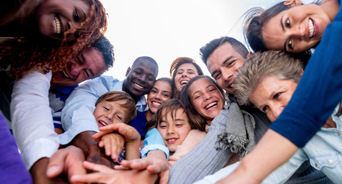 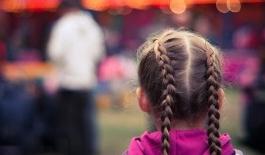 The trafficking of vulnerable children into Scotland has risen threefold since 2011, according to new figures. More than half of the 105 children who were found to have been trafficked in the past five years were Vietnamese, brought in to work on cannabis farms and in the sex industry.

Seven of the children have since disappeared from care, thought to have been taken by their traffickers.

One service provider said the figures were "just the tip of the iceberg".

Under the 1989 Children Act, it is a council's legal responsibility to care for under-18s who arrive in their local authority area from abroad, placing them into foster care or "semi-independent living" situations with funding from the Home Office.

The Scottish Guardianship Service (SGS), funded by the Scottish government, then helps them to navigate the complex asylum, trafficking, and welfare processes.

The bulk of unaccompanied children are in the care of English counties such as Kent which encapsulates the port of Dover and the London borough of Hillingdon where Heathrow Airport is situated.

But there has still been a year-on-year increase in numbers in Scotland.

Many children who arrive in Scotland alone have come actively seeking asylum from conflict and persecution in their home countries.

However, the latest figures from the SGS reveal that 40% of the 262 unaccompanied children it has registered since 2011 were brought to Scotland by traffickers.

Sang was just 10 years old when he was taken in by a Vietnamese gang.

His parents had recently died and he had no other way to fend for himself.

Forced to beg and shine shoes on streets by the gang, he was also regularly beaten by its members.

Then one day, a few years later, Sang was ordered to get into the back of a truck.

"I was told I had to get in, otherwise they'd beat me to death," he recalls.

The following months were a blur for Sang as he was transported like cattle in the back of lorries - often without food or water - between halfway houses in countries including Russia and France.

But at least he wasn't alone - he remembers there being many other Vietnamese and African children being held there.

When Sang's long journey finally ended in Glasgow, he was locked in a secluded house.

"One of the men showed me his gun to threaten me - he said if I tried to escape from the house he would kill me."

Only when the police finally raided the house a few months later did he know he was in Scotland.

Sang is now getting support from Migrant Help.

A quarter of those trafficked over the five-year period were forced to work in the illegal cultivation of cannabis, another quarter in the sex industry.

Many become domestic slaves behind closed doors. Others turned up on the high streets, being used as force labour in establishments such as nail bars.

A freedom of information request also revealed that a quarter of the unaccompanied children in Glasgow City Council's care since 2011 were under 16 years of age.

A Scottish government spokesman said: "Those who take part in the trafficking and exploitation of vulnerable people bring misery and long-term harm to their victims.

"New legislation came into force this year that makes it more straightforward for our law enforcement agencies to take action.

"However, we know legislation alone won't stop trafficking which is why we are working with others including Police Scotland and the Crown Office to raise awareness of these appalling crimes, and to identify perpetrators and disrupt their activity."

'Tip of the iceberg'

Catriona MacSween, a service manager at SGS, doubts that their figures on child trafficking provide an accurate picture of the situation.

She said: "[These figures] are really just the tip of the iceberg because we only see the kids that are lucky enough to escape or be rescued from their situation.

"There's probably a lot of children that we still don't know about, that are still being exploited.

But for the young Vietnamese in Scotland, their nightmare does not always end when they escape.

Seven children - all of them Vietnamese - have disappeared from council care since 2011, including 15 year old Thanh Van Bui, and are feared to be back with the gangs that trafficked them.

A 2008 Scottish government report noted that some traffickers insisted a child apply for asylum to give them a legitimate right of temporary leave to remain in the UK - essentially treating council accommodation as holding pens for trafficking victims.

Ms MacSween said the main reason for these disappearances was that the children were "debt-bonded to the trafficker so they still owe them money".

She added: "They're maybe still getting threatened by the trafficker to pay that debt, maybe threatening their family back home.

But Ms MacSween said another contributory factor was that many councils lack suitable accommodation in which to place unaccompanied children.

She said they were often placed in bed and breakfasts - increasing the chances of them absconding, and also leaving them open to being re-taken by traffickers.

John Powell, from the charity Migrant Help UK, said it was important for the public to recognise the signs.

He told BBC Radio Scotland's Good Morning Scotland programme: "One of the great tragedies of this whole area is that many of the people that have been trafficked are hidden in plain sight.

"Part of the criminal success in doing that is the ignorance of the public at large as to what's in front of them.

"We haven't been good as a nation at ensuring that people understand what trafficking's about - the numbers involved across the whole of the UK, we estimate about 13,000 or probably more - and understanding what the signs are.

"As a charity, we always say that the victim is the most unlikely person to present themselves to the police or anyone else. It's really the public that are going to spot it and report it. But if they don't know what they're looking at, then how can they determine that there's something not quite right?"